Last month, I made a quick visit to so-called ‘the Aegean Sea of Orient’. The area has been famous for its scenic beauty, but what made it more popular as a tourist destination is the Nishiseto Expressway opened in 1999, known as the Setouchi Shimanami Kaido or just Shimanami Kaido (‘shima-nami’ refers sequence of islands and ‘kai-do’ (海道), sea route. The route connects Honshu, Japan’s main island, to the island of Shikokua with a 60 kilometer-long toll road passing over smaller islands in the Seto Inland Sea (Setonaikai).

There are two other land connections between Shikoku and Honshu, the Seto Ohashi/Seto-Chuo Expressway and the Kobe–Awaji–Naruto Expressway. However, only the Shimanami Kaido is traversable by foot or bicycle. That is the reason why so many cycle lovers and tourists head to the area in order to push pedals enjoying one of the most stunning sceneries in Japan.

This time of the year, a triathlon race(s) is/are held on the island(s): on Ikuchijima and Hakatajima in 2017 and on Hakatajima in 2018 (tomorrow, the 2nd of September! – I saw some triathletes checking out the bike course whilst I was there).

Before flying back to Tokyo, stopped by in Onomichi where Yasujiro Ono’s Tokyo Story was set. The film has attracted many since 1953 and a German film director, Wim Wenders is one of them.

I have always wondered where my favorite film (yes, of all times) Tokyo Story (or Tokyo monogatari in Japanese) actually takes place, except in Tokyo, of course. Yasujiro Ozu’s masterpiece from 1953 depicts a small seaside fishing town in which the story begins and ends. An old couple departs from there, in order to visit their kids in the big city one last time. After their return, the old woman dies, and her husband is left alone. Eventually someone told me that this coastal town was called Onomichi, in the South of Japan. So one day my wife and I made the reverse journey and traveled from Tokyo to Onomichi where we stayed for a week.

Got off Shimanami Liner, bus services between Fukuyama and Imabari, at Innoshima Ohashi for a local bus to Onomichi Staion.  Instead of the terminal, alighted at Onomichi Gakuen on Mukaishima, and walked down to a small port to take a ferryboat for Onomichi.

Left my luggage at the station and explored the town with many temples, steep slops and stone steps for the first time in ages – actually Onomichi is quite familiar to me. 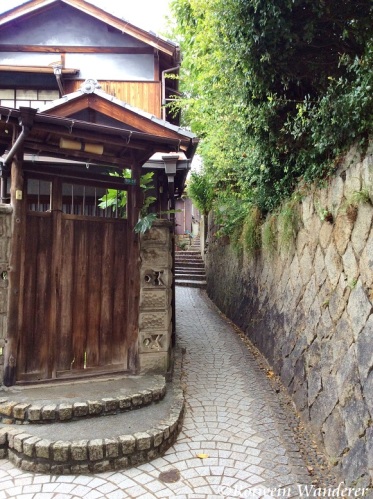 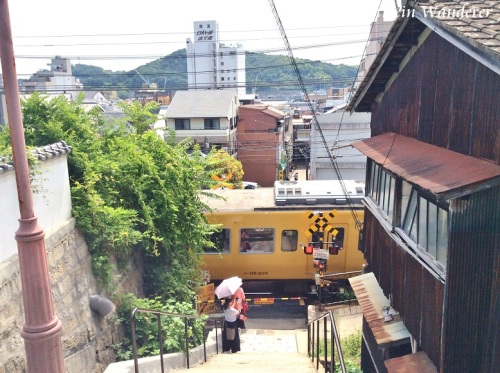 Unfortunately I had to take a 11:11 train to Mihara, then a bus for Hiroshima Airport, so I had no time for Onomichi Ramen 😦
It was not the best, but luckily I had a bowl at the airport.

A bit about the local food.

I love takikomi gohan, Japanese seasoned steamed rice with meat, fish, vegetables etc. Above all, the rice cooked with tako (octopus), tai (sea bream) and anago (saltwater eel) from the Seto Inland Sea are my favourites – not  mixed up all together but each.

Citrus fruit, especially lemons and mikan mandarin oranges, is grown in those islands and they are good quality.

Amochinmi‘s Onomichi Ramen（阿藻珍味 尾道ラーメン）is a packaged ramen with fresh uncooked ramen noodles, but this is really tasty! I get some whenever I come across in Hiroshima.

© Rotwein Wanderer and the Door into Promised Lands blog, 2015 – 2020. Unauthorized use and/or duplication of this material without express and written permission from this blog’s author and/or owner is strictly prohibited.