One of my relatives came up to Tokyo last month, so I showed him around a bit of Tokyo and Yokohama.

First we had lunch at Nemuro Hanamaru, a standing sushi bar on the basement of Tokyu Plaza Ginza. There is another Hanamaru, which is a sit-in kaiten-zushi restaurant, on the 10th floor, but we chose the bar to avoid a queue.

A piece is inexpensive and ranges from 108 to 358 yen – some, like today’s special for example, are around 500 yen – although the sushi toppings are fresh and flavourful. They are mostly from Hokkaido, and some of them are local fish and shellfish which are unfamiliar to outsiders. My relative ate a lot and I finished off with my favourite anago, and our bill came to ¥4,606 (equivalent to $42, £32, €37)!!  I will definitely go back when desperate for sushi!

Then we headed to Hama Rikyu Gardens, or Hama Detached Palace Gardens, adjacent to the River Sumida where enters Tokyo Bay, which was originally built as a feudal lord’s Tokyo residence in 17th Century.

Passing by ex Tsukiji Fish Market on the way, we remembered that we had nice sushi breakfast last August.

The fish market had moved to Tokyosu, but Tsukiji Shijogai is still busy with lots of tourists.  Some restaurants remain but Iwasa Sushi had also moved to Toyosu.

At this time of the year, Hama Rikyu becomes more popular for cherry blossom viewing.

When we visited the gardens, rape flowers were in full bloom and smelled honey – actually, busy bees were working hard. 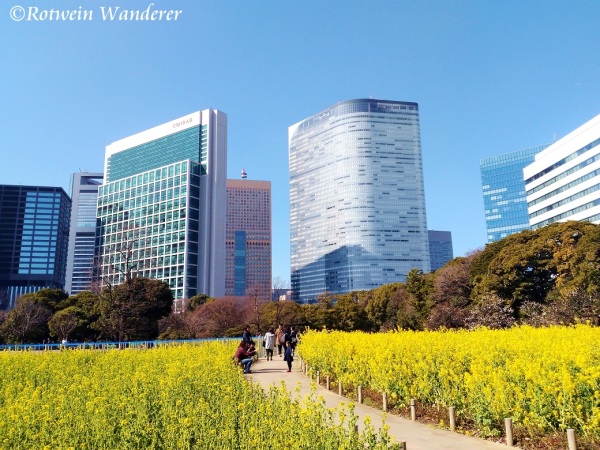 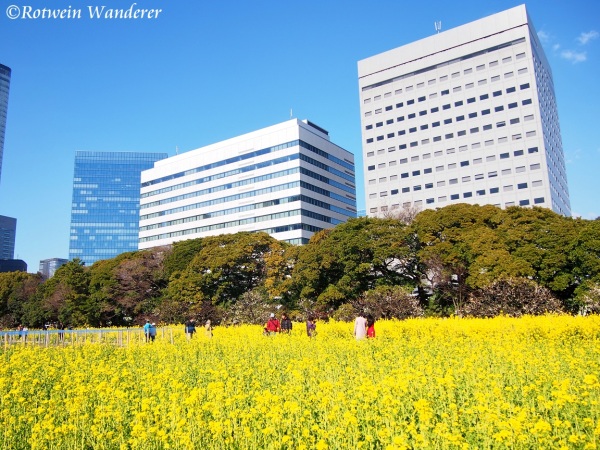 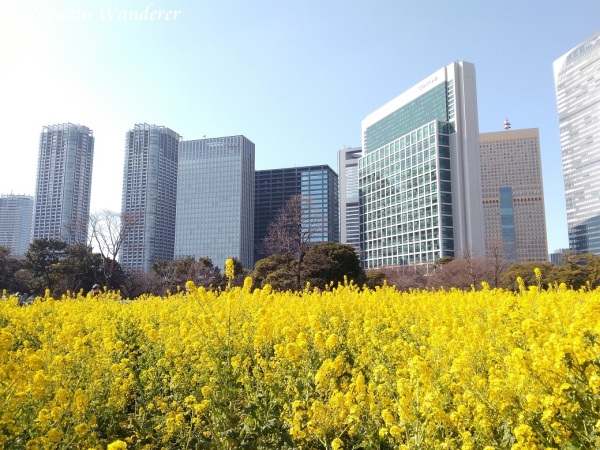 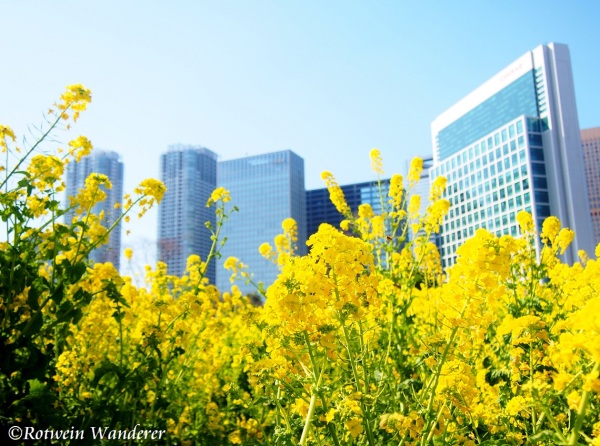 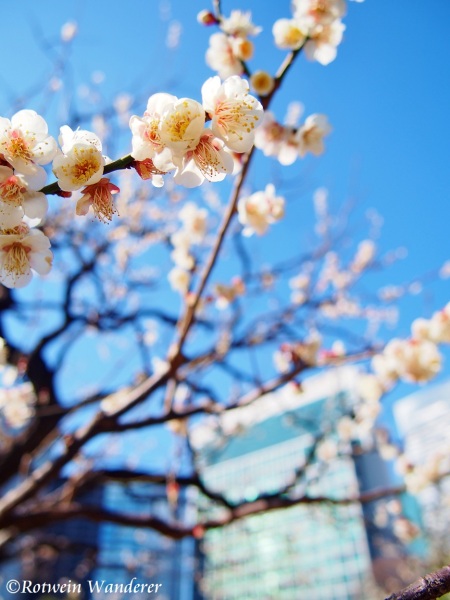 After a stroll, we took a Tokyo Water Bus (more info on Tokyo Cruise and Tokyo Mizube Cruising) to Odaiba. 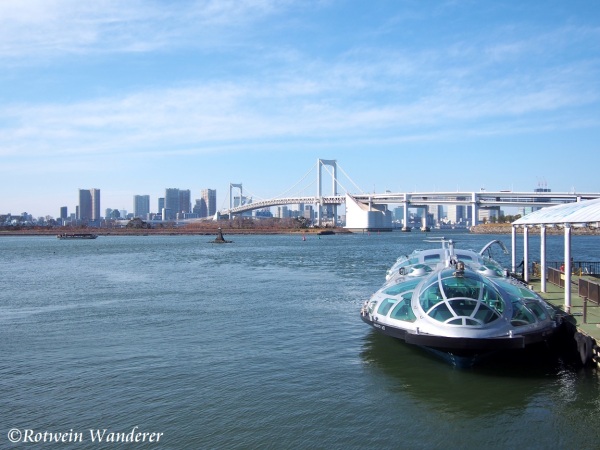 On the following day, I took him to Yokohama Chukagai, or Yokohama Chinatown. 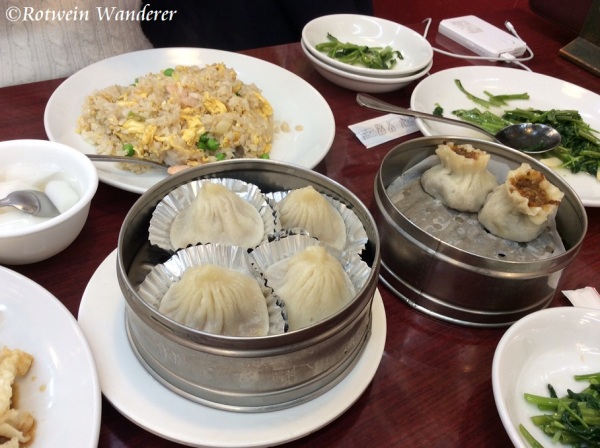 The Chinese dishes we had for dinner were so-so, so I don’t mention the name here. Instead, I recommend 翠香園 Suikoen where I usually go for their 肉糸湯麺 samma-men, which is a regional specialty ramen served in Kanagawa prefecture.

We had a nice time together in Tokyo and Yokohama for three days. There had been some ‘distance’ between us although we are close kin. However, we became a bit closer when we got together in Tokyo last summer, and I am looking forward to doing some more Tokyo sightseeing in the near future 🙂

Christmas Markets in Germany and Riga 2017

© Rotwein Wanderer and the Door into Promised Lands blog, 2015 – 2019. Unauthorized use and/or duplication of this material without express and written permission from this blog’s author and/or owner is strictly prohibited.